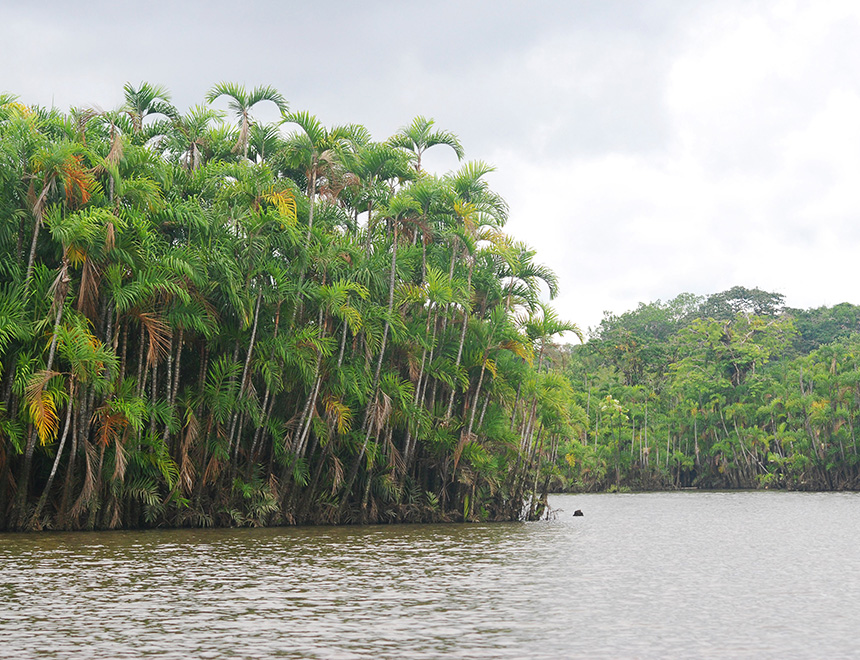 Am sure we all know how important forests are to the Earth. The rainforest like all forests serves to remove carbon dioxide from the atmosphere and replace it with oxygen. This process helps to regulate the global climate. The global habitat is in danger of being thrown out of balance as the forests are continually being destroyed by deforestation for the purposes of economic gain. The same is true for the Amazon rainforest. Activities such as cattle ranching, hydroelectric development, mining activities, logging, and soybean farming are chipping away at the nutrient rich amazon landscape. Did you know that as of 2012 the amazon rainforest was 87 percent of its original size? It was estimated that if deforestation continued at the current rate the rainforest would be reduced another 40 percent by the year 2030. Pretty concerning, isn’t it?

Açaí grows wildly in the amazon river basin and is practically ubiquitous in the amazon region. It is estimated that only about seven percent is planted while the remainder grows naturally. Standing apart from many of the plants in the amazon region, Açaí is among the plant species that thrive in environments subject to extreme flooding, shallow soils, low soil oxygen levels, and frequent disturbance. Açaí’s presence plays an important role in stabilizing the riverbanks of the amazon, and ecological functions such as nutrient cycling.

Açaí berry is a major part of the diet of the people in the amazon river basin. Archaeological evidence indicates that açaí has been in the native Amazonian diet since ancient times. The natives consume açaí multiple times a day. A staple food, açaí comprises up to 25 percent of their diet. Açaí is present on stalks that grow from the palm tree seasonally and regenerate every year. Due to the importance of açaí in the local diet all efforts are made to preserve the cycle of harvest of the açaí berry. Because of the demand for açaí, the supply network is comprehensive. Açaí is a fruit that perishes very quickly after being removed from the tree, a factor that potentially limits the geographic footprint of its consumption. Açaí’s popularity counteracts this risk, and transport of açaí is facilitated by movement from locations of origin to production by hubs of local markets which are serviced by farmers, producers and traders, maximizing market efficiency. This results in the supply of açaí being as large as possible by expanding the region from which açaí can travel from regions of harvest to locations of production.

Açaí fits into a category of produce called Non-Timber Forest Products. This is a class of products that does not require the removal of trees. Some non-timber forest produce is harvested in destructive ways, such as collecting fruit by cutting down the tree or are harvested at intervals or intensities that have a negative impact on the health of the resource.

In many ways, açaí is considered a model for conservation of floodplain forests of the Amazon delta because it overcomes many of the challenges often attributed to other non-timber forest produce systems. Unlike many tropical forest trees, açaí occurs at high densities along accessible river margins. Local inhabitants have a long history of harvesting açaí, a major part of their subsistence, and employ cultivation methods to encourage a bountiful harvest in subsequent years. The extensive network of rivers and streams throughout the region provide access to markets and towns. And, due to global demand, other sources of income such as timber or agricultural production, are considered less profitable in the flood plain where açaí grows.

The most popular species of açaí palm grows naturally in the floodplain forests in the eastern part of the Amazon. Açaí from this region is hailed as the standard of quality in the industry. Explore Superfoods harvests and sorts berries from this best region of the amazon, at the right time and then selects only the best berries to create our puree. We follow stringent production standards to bring you the best organic açaí on the market in the most sustainable way.

Checkout some of the recipes and buy a pack.